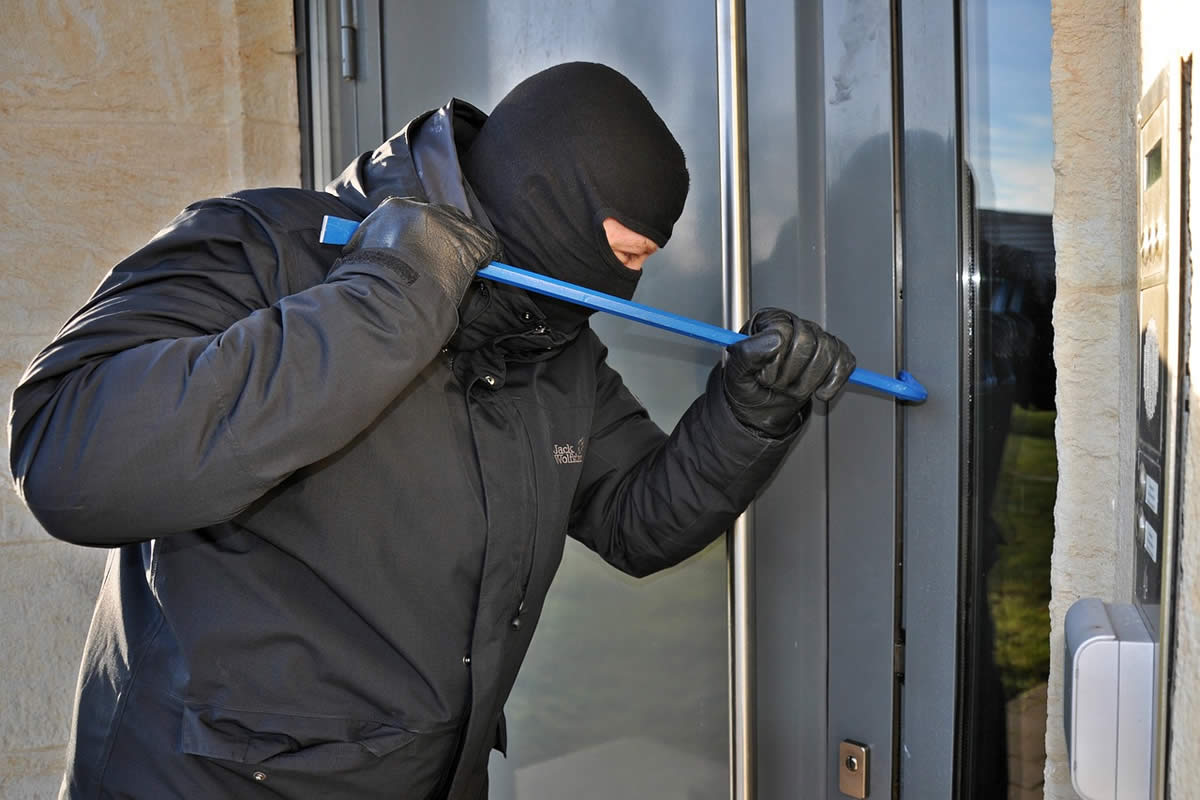 Burglary usually comes in different tastes and flavors; in some cases, a dwelling or structure such as homes and offices may be burgled, in other cases, elements of conveyance such as vehicles, planes or boats may be burgled. Whatever the case may be, if there is anything common to all cases of burglary, it is the simple fact that entry into such properties was made without the permission of the owner and with an intent to commit a crime therein. From another legal angle, the term burglary also covers all legal entries into a property, in which the offender comes in with the intent to commit an offense or when the permission to remain within the premises has been withdrawn. More often than not, the sole aim of most burglaries is theft.

In Orlando, the offense could however be categorized as a felony or as a misdemeanor depending to the circumstances of the crime and the state in which the accused is being arrested. The former charge is applicable in cases where battery was committed in the process of the burglary while misdemeanor is applicable in cases of unmanned conveyance or buildings where no battery or confrontation is encountered. Furthermore, battery as used in this context does not require the defendant to have seriously injured the victim, a simple push or punch can be enough to earn you a Life felon tag.

If any of the above is the case for any accused person, the chances that you will need a bail bond in Orlando to secure a bail that will get you or your loved one out of jail is a high one.

What exactly is bail?

The term Bail is used to define an agreement between the accused and the court of law, in which the defendant agrees to post a specific sum of money as a form of assurance that you’ll return in due time to court at the scheduled time of your trial. A court may set a defendant’s bail at a particular price after taking consideration of some factors, but in the cases of burglary in Orlando, the prices can range anywhere within $0 to $20,000.

Some of the facts that is usually weighed in include past criminal records or charges, tendencies to commit another felony or misdemeanor while on bail, the abuse of freedom that may see such defendant intimidating witnesses in the trial, obstruction of justice or risk of eloping. Some other criteria may include family, education, asset ownership in Orlando and the likes. In an instance where a court sets a bail for a defendant, the defendant can pay the said amount to allow them to be released from jail. On commencement of trial, your appearance guarantees that the said sum paid as bail can be released to you, however, if you miss your court scheduled trial date, the said amount paid in bail is immediately forfeited and the court consequently issues an arrest warrant for you. Once an arrest is made for any burglary, posting bail which will allow the defendant to leave jail while awaiting trial is usually the top priority.

The price tag associated with these bails however has been responsible for arguably 80 percent of families who turn to for-profit bail bonds in Orlando to meet up with the bail amount and get their loved ones out of jail as it can take a significant time before such defendant’s trial commences. There is a sobriety test that is usually done for the defendants after arrest and could be one or two depending on the outcome of the initial one. After this test is taken, the accused is given a chance to make one phone call after which they are remanded in the jail cell. In most cases, Courts in Orlando will slate a $20000 bail fee, but as earlier discussed some factors may be weighed in to reach a realistic price. The bail amount may be determined in some 48 hours following the arrest.

How do bail bond work in Burglary cases?

The concept of bail bonds in Orlando is similar to obtaining a personal loan. A number of families are finding it increasingly difficult to meet up with bail charges on their own sequel to the bail hearing. This has led to the spring up of many profit-motive establishments for bail bond in Orlando. Typically, anyone that wants to obtain a bail bond will be required to make a deposit sum that is non-refundable. This amount usually ranges anywhere between 10-15 percent of the bail fee. The bail bond company in Orlando will then necessitate you to provide some form of collateral, which serves as a security for their money in case you are at large on the day of the court trial and forfeit the bail money paid to the curt.

This Collateral will usually be something or a group of properties that can be sold or used to leverage the bail fee you have obtained by the bail bond company. Should things go smoothly, once the trial is over, and the court makes a refund of the initial fee deposited as bail, the money goes back to the bail bond company as settlement. Even on repayment of the bail bond in Orlando, it is noteworthy that the initial 10-20 percent fee paid remains non-refundable. It is not unusual to have a bail company request a guarantor for the bail bond. There have also ben cases of frequent calls that serve as a remainder to the defendant about the court date and potential forfeiture due to absence. Some of these companies may even require the defendant to come in for frequent check-ins to ensure that they have not absconded. In cases where the accused is unreachable, Bail bondsmen may hire “bounty hunters’ to locate the defendant and return them to custody.

Finally, it is quite imperative that you take into consideration the percentage of premium or non-refundable deposit that the bail bond company in Orlando is requesting for in view of the fact that other legal fees and attorney charges will still be incurred. Try to obtain the lowest possible premium and ensure that you do not miss court dates in order to obtain your refund and keep your families out of compounding problems that may arise from absconding.